Not all holes are created equal (or with equal effort anyway). Some soils swallow our digging tools like a soft, voracious mouth that widens with every belch of loosed earth. Others etch their names into our hands and arms as a series of callouses, blisters and cuts that reads like a brail eulogy to the rocks we had to fight our way through. Sometimes the soil is so thin and the rocks so hard that our efforts need to be supplemented with the vigor of local helpers. Such was the case in Melolo on the island of Sumba. As discussed earlier, the island itself is tiered with uplifted coral terraces like a lithified escalator. Digging through coral is no cakewalk and can take a team of two dashing American scientists and a platoon of local men well over an hour to make a hole about 1 meter deep and 2/3 meters across. The soil in Melolo was nothing more than erosional gossamer not even 5 cm thick draped over continuous horizons of cement-like coral terraces. Progress was slow as we worked with 3 local men, taking turns with the digging bar. It was decided we needed a chisel and sent word through one of the children watching that anyone nearby who had one would be compensated to let us borrow it. While we awaited a response I noticed an older woman, more than likely in her 50’s, more than likely a grandmother, hiking towards us up a gentle hill that ran down to some nearby homes. She was wearing a tan bucket hat, a pink and white striped t-shirt, Carolina blue capris and flip-flops and she was carrying an enormous chisel and a fearful hammer. My first thought was that she was bringing the tools to give to one of the local men helping us dig so I walked to intercept her so I could claim the first crack with that biblical hammer. Barely glancing up to meet my eye she brushed past me, not rudely, but without hesitation. She marched right up to the hole and ordered all the men out at once (they listened) whereupon she hopped in and started smashing the rocks to smithereens in a sequence of furious blows that instantly made her one of my heroes. Let me be absolutely clear: she wasn’t just decent at pulverizing rocks – she was amazing! Amazing for anyone of any age, let alone a grandmother. In a country where gender roles are often more entrenched than California, this caught me completely off guard in the best possible way. I thought to myself that this woman was more of an inspiration than she will ever know. After her initial onslaught she took a break and became a permanent member of the “hole rotation”, each member working him-or-herself to exhaustion before being replaced. We finished the hole some 2 hours after we broke ground and I was fortunate enough to snap a few photos of the day’s MVP – one with her bludgeon and one mid blow with the digging bar. It suffices to say that the next time I see a kindly woman bringing some hardware to a dig site I’m going to stand back. 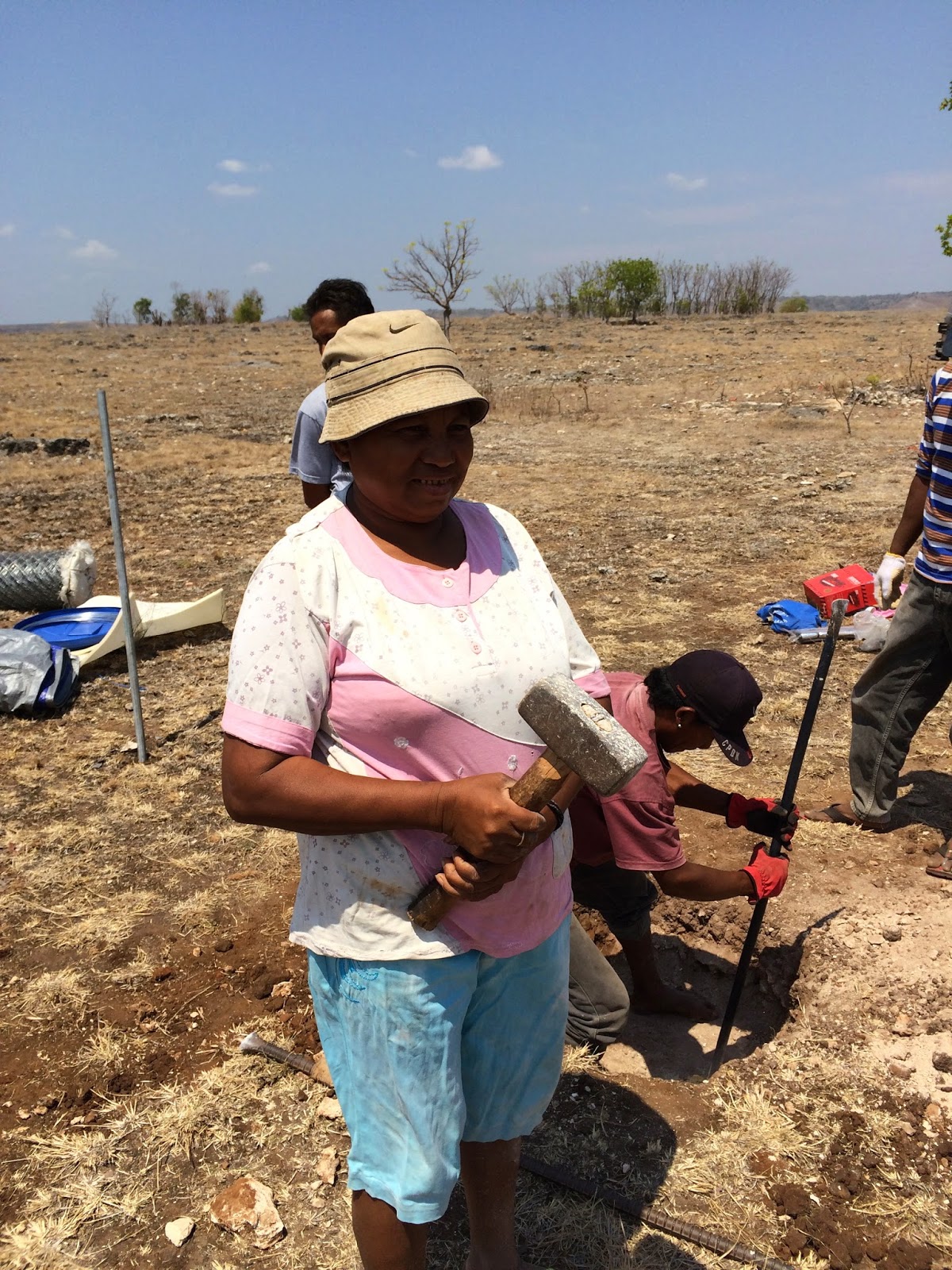 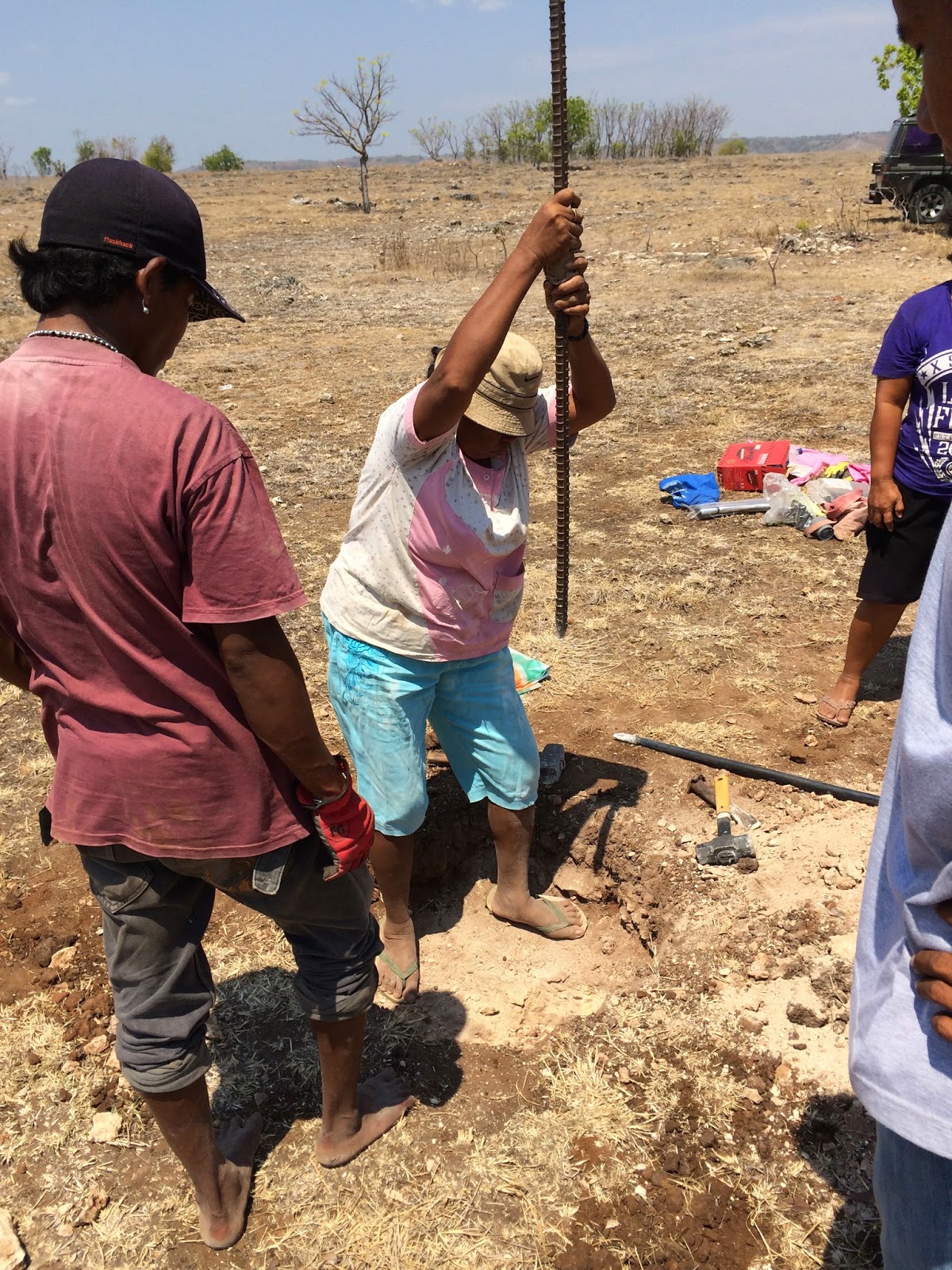