All stations on Timor Island are now serviced and data all collected.  Nearly everybody felt the 27 February, 2015 Flores earthquake (see previous posts), so we put together a one-page display of data along with a map of stations and earthquake locations.  Nova has been presenting these results and been receiving great interest from locals, all while marveling at the phenomenon of earthquake wave propagation.  The graphic shows two earthquakes (Flores and 17 March, 2015 Molucca Sea event) that were recorded at five stations (one on Timor, four on Sumba).

On the way to the south coast of Timor Island, near the village of Kolbano, we visited a station that was installed by Cooper and Nova last year.  It was running quite well, and the hosts were interested to see how our project was coming along.  This was Nova's first opportunity to show the graphic above.
We headed to the northeast through Kefamenanu, and then on to one of the most remote stations in the array - Betun village.  The scenery is spectacular, especially this time of year when it is so lush and green.  Passing through the outskirts of Betun, large ficus(?) trees grow along the roadway with tendrils from above reaching back down to Earth. 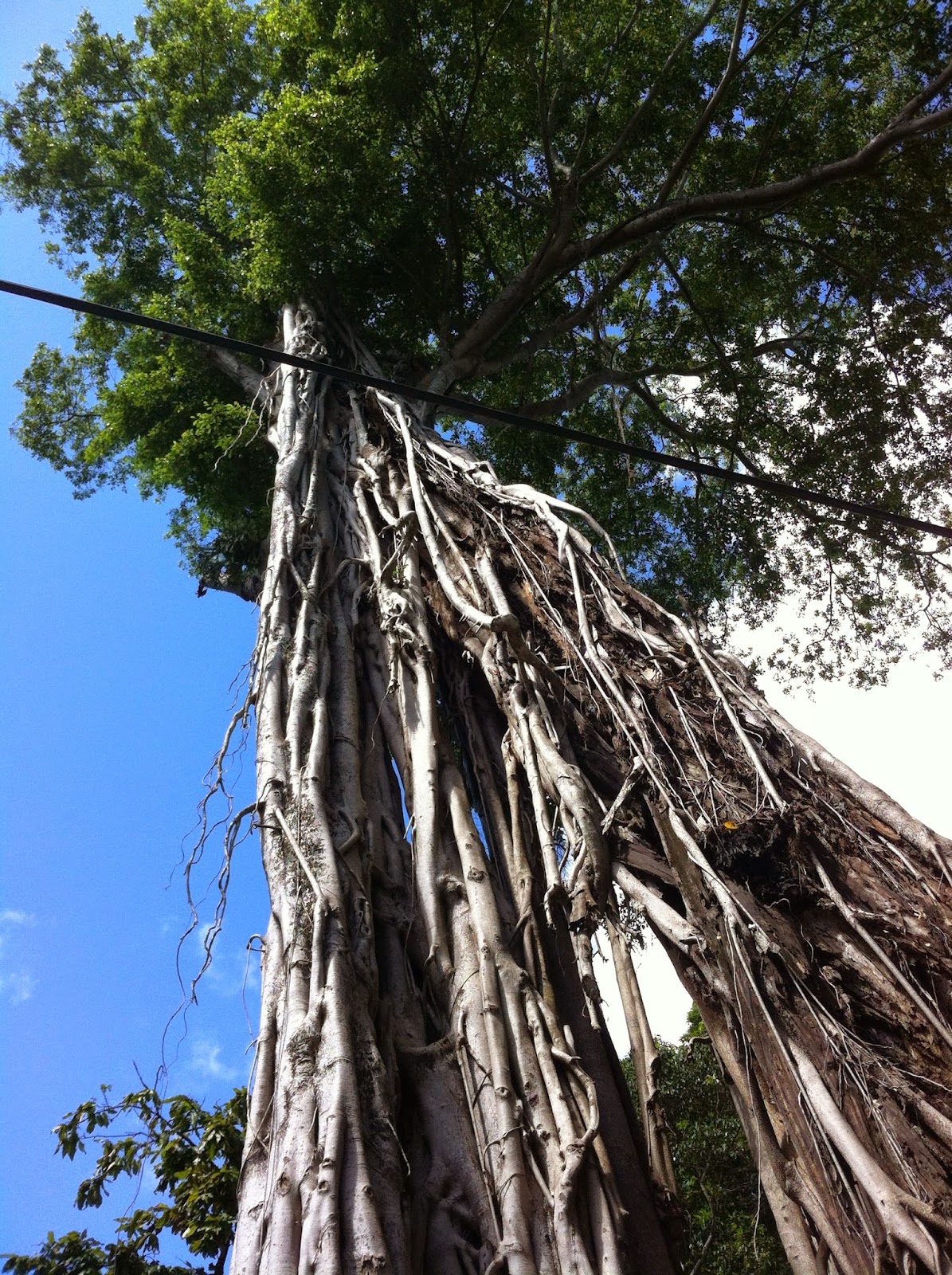 We managed the data download and improved the health of the Betun station.  It was quite hot, enough to generate another massive sweatfest.  But hey, it had been over a week since I was last on the brink of heat stroke, so I was due to be tested.  Sparing further detail, we finished up and moved on to showing the data.  The whole village had assembled by this time, providing an excellent audience.

Posted by BroadBanda Seismo at 6:35 PM