It has been quite a fruitful week since I met up with Nova and started the service in Nusa Tengarra Timur (NTT). We've serviced all 4 stations on Indonesian Timor, 2 stations on Alor, 2 stations in eastern Flores, 2 stations in Lembata, and just today did a quick round trip to/from the 1 station in Savu. Tomorrow we head for 3 stations in Sumba, then back to our homebase in Kupang before heading to 5 stations in western Flores, and then finishing with 2 stations in Rote. Much of the logistics is dictated by availability of flights and boat rides, but so far things have worked well. We're setting off very early, usually taking flights at 6 or 7am and then getting to our first site by 8am or so. Getting the sites done early in the day is working great. If we wait too long, the sun gets unbearable until the rains come down and make the roads impassible. So we're a little short on sleep, but not on Bintang (the local pilsner you can find in a large bottle). 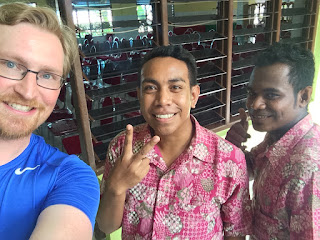 Met some friendly guys working at the hotel in Atambua, which is a border town between Indonesian Timor and Timor Leste. 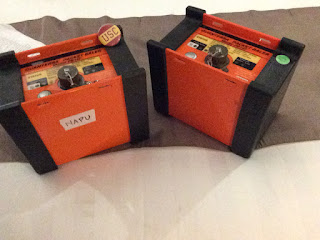 Q330 balers in the hotel room, getting prepped for the field (Fight on!) 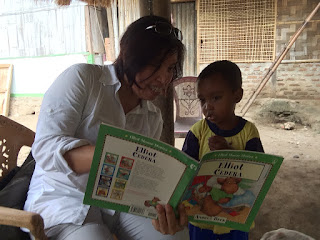 Nova reading to a future geophysicist :) 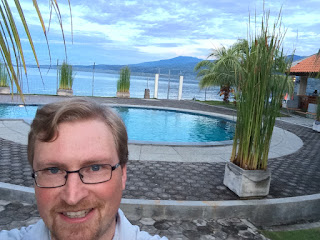 In Larantuka on the eastern end of Flores 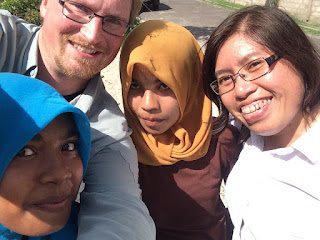 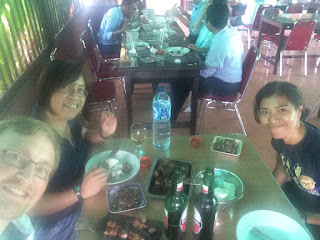 At lunch in Kupang at a traditional pork restaurant with our hero, Elen. 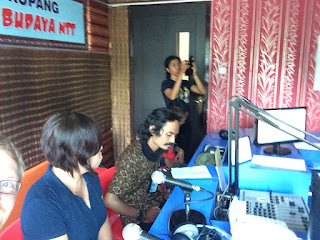 Probably one of the more unique highlights: we had a radio interview! Huge thanks to Nova for translating and making sure we didn't say anything incorrect :D. 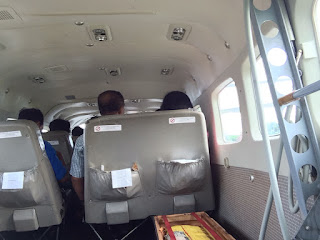 On the little plane to Savu. I've never had so much leg room!

And now for the audio-video part of the blog:

After the first night of work in Indonesia. We had two sites; the first was great, but the second was during a downpour, which of course ended once we were done.

From the road, en route to our second station on the second day in Lelogama. Turns out we didn't have the right equipment, so just did a quick power check and then returned a couple days later.

From the boat between eastern Flores to Lembata.

In the radio station, just before the live broadcasting!
Posted by Rob Porritt at 1:28 AM